The Bloomingdale Trail runs through 4 Chicago neighborhoods, from Logan Square and Humboldt Park to the west, through Bucktown and Wicker Park to the east. It connects the Boulevards to the Chicago River. 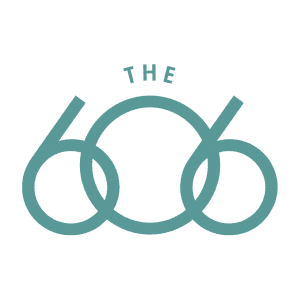 It’s a new way above traffic and congestion, of seeing familiar places from a new perspective, of bringing people together.

It’s a way we can discover new talents, or enjoy old ones; to appreciate nature, and bring a little more green space into our lives.

It’s a way upward, and onward, for all of us.

Find your way to the new park that’s elevating Chicago.

Many of these spaces are available for rental. The grand ballroom in the field house is often the site of wedding receptions and graduation parties. The outdoor soccer fields and Little Cubs Field are often the site of competitive sports tournaments.

Park-goers can play baseball, soccer or tennis at the facility. On the cultural side, the Park is host to the Latin Jazz Festival, the Puerto Rican Festival. The Park is also the site of a wind turbine filtration system for the lagoons. After school programs are offered throughout the school year, and in the summer youth attend the Park District’s popular six-week day camp. Specialty camps are offered in the summer as well, and include baseball camp.

In addition to programs, Humboldt Park hosts fun special events throughout the year for the whole family.

Roberto Maldonado was appointed Alderman of the 26th Ward in July 2009, after serving as Commissioner of the 8th district for 15 years.

Roberto has always believed that government exists to help poor, working class and middle class families who face discrimination and lack a voice in government and politics. His legislative agenda reflected this belief.

In 1994, Roberto became the fourth Latino elected to the Cook County Board of Commissioners since its inception in 1831. During his term he was appointed to the Board of Directors of the National Association of County Officials (“NACO”). Roberto also served as past-President of the NACO affiliate, the National Association of County Aging Programs, advocating for federal and county senior health issues.

Building a Business; Joining the Historic Washington Movement
At 27, Roberto Maldonado arrived in Chicago to pursue his doctorate at Loyola University, after graduating from the prestigious University of Puerto Rico with a master’s degree in clinical psychology. While pursuing his studies, he also worked full-time as a psychologist in the Chicago Public Schools.

Before pursuing elected office, Roberto opened People’s Choice Mortgage Corporation, the first Hispanic owned mortgage-banking firm in the Midwest, giving people from all walks of life the opportunity of home ownership. He currently serves as the firm’s President. 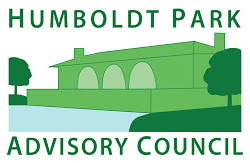 The HPAC is a group made up of residents interested in making our park a better place for those who visit it by promoting events, and working with Park District staff to improve service.

We hold monthly meetings, usually on the third Thursday at 6:30 p.m., that are open to the public.